Dr. Adi Obeidah is a Research Associate at Rutgers, The State University of New Jersey. He received his M.Sc and B.Sc degree in 2009 and 2012 from the American University of Sharjah, United Arab Emirates. He obtained his Ph.D. under the supervision of Professor Hani Nassif in 2017. His research work focused on the investigating of the behavior of concrete beams prestressed with hybrid tendons. This system has a high potential of applications in many bridges in the United States, especially with innovative materials such as UHPC and Non-metallic tendons. He currently serves as an associate member on Committee 435 (Deflection) and Committee 209 (Creep and Shrinkage). He has been involved in various studies that utilize finite element analysis, and sensor technology in evaluating the structural performance of concrete bridges during construction and rehabilitation as part of New Jersey Department of Transportation (NJDOT) and New Jersey Turnpike (NJTA) projects.

2018    Nassif, H., and Abu-Obeidah, A. Comparison of Model Predictions for SCC with and without Fibers. Presented at the American Concrete Institute (ACI), presented on March 27th, Salt Lake City, UT, USA. 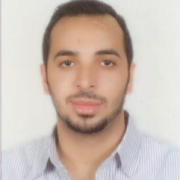